Most Australians would associate the word ‘slavery’ with brutal practices from the depths of history, unheard of in modern Australia. But slavery, forced labour, forced marriage and human trafficking are all very much alive, and they still affect citizens and residents on our shores today.

“In 2003, I met a group of Thai women working under slavery-like conditions in Australia’s sex industry. They were brought here by Australian citizens and forced to work for free until they paid off a $40,000 debt which they were never told about.

“We want to make sure that those traffickers get charged, and that there is a law protecting these vulnerable workers. There have been 21 convictions so far, and except for two, all of them have been Australian citizens and residents,” she explains.

Located in the UTS Faculty of Law, Anti-Slavery Australia is a specialist legal research and policy centre dedicated to the abolition of slavery and slavery-like practices through research, law reform, education and legal assistance.

In 2015, Anti-Slavery Australia launched the website My Blue Sky, specifically designed to assist victims of forced marriage, which is considered a type of slavery.

“There are families here in Australia who send girls overseas to get married against their will. Many of these girls don’t even realise it – they think they’re going on a holiday!” she says.

These women and girls often agree to marriage due to threats and abuse, and because they feel they have no other choice. My Blue Sky is a gateway to help for girls to escape or prevent such a marriage.

Prof Burn says her desire to change laws and fight for human rights was fostered early on.

“I remember growing up my father would talk about the phrase ‘fair go’. He’d say ‘poor bloke is having a rough time. We could do more. We could do better’.

“So this gave me awareness of hardship, that many people do have it tough. And that everyone deserves a fair go,” she says.

An estimated 40.3 million people are in modern slavery worldwide, and Australia is no exception (2017 Global Estimates of Modern Slavery).

Anti-Slavery Australia was established in 2003 as a specialist legal research and policy centre to support people in slavery or slavery-like conditions.

The centre provides free legal advice and representation for people who have been trafficked or enslaved, and uses its research to shape policy development.

The team has helped over 300 clients, andhas influenced changes to Australian laws in relation to forced labour and forced marriage. 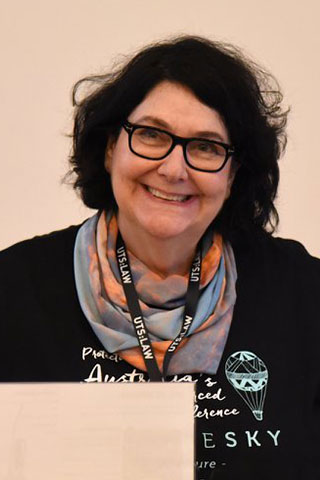