At first glance, humanitarian refugees are the most unlikely entrepreneurs.

They face perhaps the greatest barriers to setting up a business in Australia: they have no financial capital, no social capital, their qualifications are not recognised and they can lack the language skills.

Launched in 2013, the Ignite Small Business Start-ups Program has been able to assist these newly arrived migrants to re-establish themselves after their often-traumatising journey.

One of the leading forces in the Ignite program, UTS Professor Jock Collins, says that the public image of refugees is entirely distorted.

“Refugees are often alleged of taking advantage of existing systems, or are labelled as terrorists, religious radicals or simply dangerous. But many of the refugees we worked with were business owners and entrepreneurs prior to arriving in Australia. We simply assisted them to re-establish their existing professional pathways,” he says.

While many of the entrepreneurs were male, the team found that newly arrived female refugees are equally passionate about entrepreneurship. This is an important finding because many refugee families are single-parent families headed by women. Professor Collins remembers one case in particular:

“We identified a young woman who had leather-working skills. The team helped her get an ABN, source leather, secure a stall in a market and secure funds from a micro-finance organisation to purchase the equipment she needed.

“We also helped her create a webpage and the team went as far as taking her on a ride on Sydney public transport to make sure she feels comfortable with her daily commute to her new workplace,” he explains.

Now at the end of its three-year pilot, the program has helped to establish 62 new refugee businesses and has had clear economic benefits, including a significant reduction in welfare payments. In addition, the new business owners tend to employ other refugees, and 20 jobs have been created by Ignite clients so far.

The program has since been adopted in Canada and is being reviewed for other wealthy nations receiving a large number of refugees, including Germany and Sweden. In Australia the program is being adapted to assist people with a disability to start up a business.

Professor Collins continues to use his reputation as a distinguished researcher towards making a social impact in this area.

“When working with refugees, we learn about their traumatic experiences of loss, violence and fear. Their families are separated and they have no community support system to start a new life. I believe we have made an important step towards providing this support, and giving them a fair chance in their new home.”

The Australian conversation surrounding refugees has been ridden with fear, negativity and notions of undue entitlements. Meanwhile, refugees face barriers to generating an income to provide for their families.

The Ignite Small Business Start-ups Program was launched in 2013 to assist newly arrived humanitarian migrants or refugees set up businesses.

Case workers are matched with newly-arrived refugees and shepherd them through the processes to establish and operate their business, including tax and legal advice, securing funds and sourcing equipment.

The program has helped establish 62 new businesses, achieved an estimated annual savings of $880,000 in Centrelink benefits, and grown local economies and communities.

Document: Igniting the Entrepreneurial Passion of Newly-Arrived Refugees in Sydney

The Conversation: Australia should not auction off migrant places to highest bidders 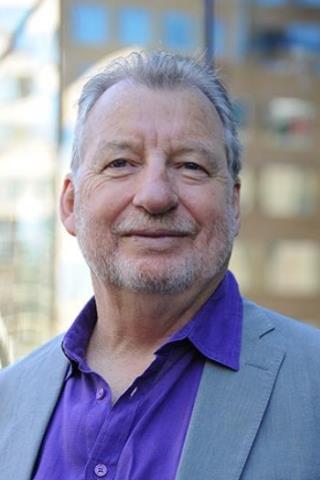